Somewhere around the late 90s, a lot of young entrepreneurs started believing that the World Wide Web would change the world. Just like the other inventions. From radio to digital billboards and now to social media; digital marketing has evolved. The innovation in broadcast media is the era when marketing was ready to wear a new mask. Some innovative marketers started implementing new tactics for this ‘modern-day marketing. In 1971 Ray Tomlinson sent the very 1st email, his technology set the core of a platform for a massive transformation; Digital Marketing!

This blog is all about it! We will take you through the journey of digital marketing. How it progressed year by year, how people gained valuable returns from digital marketing and how they evolved with it.

The Individual Who Invented Radio

To begin with, we will get to know some interesting facts about the first Digital Marketer who has been forgotten in our history textbooks. Yes, this individual was Guglielmo Marconi. Nowadays, we all use the technical term ‘Digital Marketing’ to sound cool, but in 1896 he was the first human to manifest a “public transmission of wireless signals.” But 10 years down the lane, the radio reached almost every household. The first live broadcast was an opera performance. Guess what? People bought the tickets! That’s how the digital marketing strategy was born.

Fast forward to the late ’90s, when the ‘.com’ bubble developed. The majority of the people had adapted to the internet. As a result of this, investors were eager to invest in any .com company. Around the end of the century, the bubble did burst. The consequences of this bubble were – people got exposure towards the internet and understood the possibility of its reach. The whole revolution commenced right after, this new phase of the internet changed the world of marketing completely.

While the internet was booming, Alphabet Inc came up with this new search engine called Google. As people started noticing Google, the other smaller search engines were wiped out of everyone’s views. This was the dawn of the Google era! 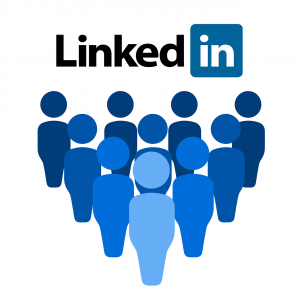 In the year of 2001, universal music ran the first mobile marketing campaign. Several platforms were also launched during this period – such as LinkedIn.

LinkedIn has not only created a platform for networking but for marketing too. One can easily reach out to the required professionals with one click. But further, it got popular with the email marketing campaign. Email marketing is the platform for sending emails straight into the inbox. 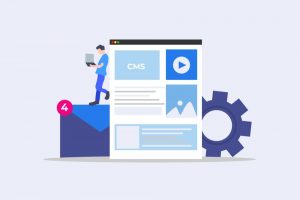 During this specific year, a lot of activities happened around the internet. In 2003 WordPress released, with the help of WordPress many of the authors came forward to write something that converts. The blog was no more a place for writing and expressing thoughts, it became a platform for branding products/ services. Later on, Google introduced Gmail, and then Facebook went live.

Initially, nobody thought that Facebook can be used for making your brand famous around the world. As Facebook reached every corner of the world, new possibilities appeared. Many of the marketers started using Facebook as a marketing tool.

“ALSO READ – Why We Prefer Laravel Over Other PHP Framework” 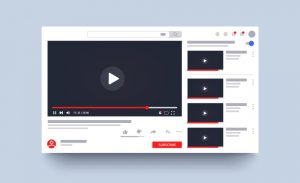 The renowned pillar of digital marketing – YouTube was launched during year 2005. In 2006 many revolutionary things occurred; Twitter got introduced. Amazon set a milestone – as its e-commerce sales crossed $10 billion. Other valuable platforms also got launched in the year 2007, for example, Tumbler. 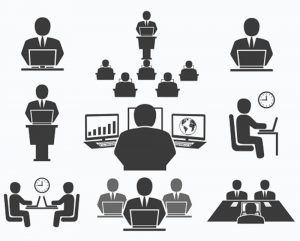 2008 was the year when people developed the habit of searching for things online. Everyone started using the internet for study, showcasing online products, and whatnot. With the help of websites, they were able to reach a larger audience/ customer base. Hence, India understood the power of installing information online.

As time passed, people started being dependent on the internet.

In 2010, many important apps were launched. Google Buzz and WhatsApp were launched this year. The way WhatsApp instilled a revolution is quite remarkable. Today, WhatsApp has become a modern way of communication. WhatsApp further changed the face of online marketing. WhatsApp for business is a big thing nowadays.

In April 2010, Stark Digital Media Services Pvt. was stabilized with the vision of providing the finest services to our clients. and from 2010 to now we helped businesses elevate their values through custom application development, product design, digital marketing and offer various other services. Our journey in this tech industry began with hopes and aspirations, today we stand strong as a preferred partner to many of the world’s leading enterprises.

When Google buzz shut down in 2011, Google came up with Google + and Google Panda ( Search engine algorithm). Google Panda is a major change to Google’s search results ranking algorithm. It aims to lower the rank of “low-quality sites” or “thin sites”, in particular, “content-oriented”, and return higher-quality sites to the top of the search results.

In 2012 Google launched a knowledge graph. The Knowledge Graph is an information base utilized by Google and its administrations to improve its web crawler’s outcome with data accumulated from an assortment of sources. The data is exhibited to clients in an infobox beside the list items. Information Graph infoboxes were added to Google’s internet searcher, it started from the United Stated and further expanded internationally by the end of the year.

Another important event that happened in the year of 2012 is that yahoo acquired Tumblr. The American microblogging and interpersonal interaction site Tumblr was established by David Karp in 2007 and presently possessed via Automattic. The administration permits clients to post interactive media and other substance to a short-structure blog. Clients can follow other clients’ web journals. Bloggers can likewise make their online journals private. For bloggers, huge numbers of the site’s highlights are gotten to from a “dashboard” interface. Further, yahoo made a lot of changes to Tumblr.

2014 was the year of rapid development in terms of mobile, pc, internet usage. New technology masked the mobile as well as pc and led it towards the growth. This year was considered to be a milestone for many of the social media platforms such as Facebook, LinkedIn, etc. Facebook launched a messenger app and LinkedIn induced the option for tailored ads.

Many important events happened in 2015 that changed the face of the internet and digital marketing forever. Compared to the various launches by Facebook and Snapchat, the Reliance group launched the revolutionary Jio. It arrived at the right time when people were seeking high internet speed that too at affordable cost. Jio created the addiction to the internet amongst the users.

Internet became the solution for every miniature query or problem. Jio has boosted all sorts of online marketing such as influencer marketing on YouTube, YouTube ads, ads on live streaming platforms, and many more. It not only accelerated marketing but created several opportunities for the media industry as well. The best part of the Jio revolution is that it made the internet accessible to everyone. And that opened up many opportunities for businesses to come online.

Thus, the journey of the internet revolution goes on, and yes, Digital Marketing as well. It is evident how human intelligence’s contribution to the internet has helped the digital marketing industry to expand. The new era of Digital Marketing is full of opportunities for the young and new business enthusiasts, as they have the power to reach every corner of the world.